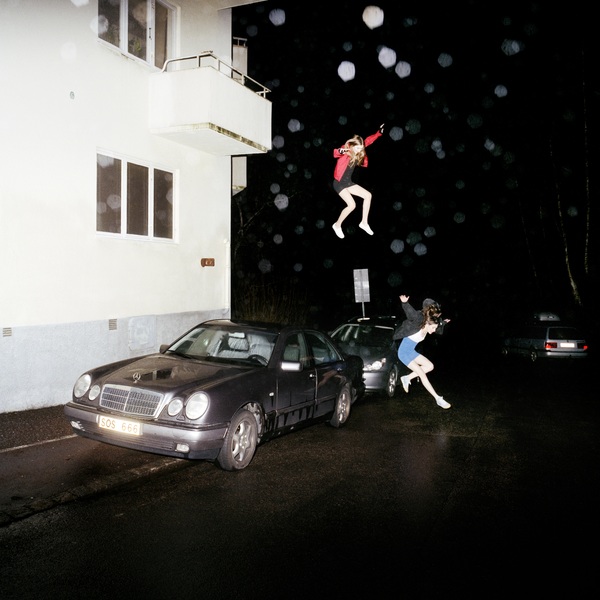 To call this a shock would be an understatement. The band, notoriously fickle about releasing new music, hadn’t released a proper LP since 2009’s Daisy, a decidedly ambitious, but, upon further examination, overly chaotic album that came three years after their critically acclaimed tour-de-force The Devil and God Are Raging Inside Me. Now, nearly 8 years exactly since Daisy‘s release, the band suddenly dropped the new record, Science Fiction, in a manner only Brand New could get away with. The aforementioned tweet was followed by news that fans were receiving CD copies of the full album, strung out on one track, just two days after the minuscule pre-order went live (and sold out within minutes); the next day (or as I like to call it, today), the band announced a proper pre-order, including a less-limited-edition vinyl, CD or digital download option, the former two featuring an email with an immediate download of the entire record.

So for those keeping up at home: within three days, fans of the band went from not know when–or if–we’d ever see a new full length of Brand New songs, to essentially having the record ready for mass consumption. To top it off, it seems like the band is either not seeing the multiple uploads of the record to YouTube or sees this as a “no press is bad press” type of situation. Considering the fervor with which most Brand New fans swallow up any new material at all and continue to support the band in spite of its insistence on being as aloof as possible, this seems like a well-calculated move on the band’s part.

Even stranger still (as if that’s possible at this point with this band), what little music we’ve seen from them in the past few years now appear to be one-off singles, as the track list of Science Fiction includes neither “I Am A Nightmare,” a 2016 single, nor “Mene” or “Out of Range,” which were released together as a single in 2015. Even more importantly, the surprise, initially tape-only release of leaked demos from the Devil and God sessions aren’t here either. Yes, ladies and gentlemen, this album, at least upon initial examination, is meant to be a fully new entity, a move that will no doubt make the throngs of fans even more ecstatic than they would be otherwise (which, for the record, is probably also quite a large amount).

The entire situation brings up an intriguing topic for conversation: what is it that allows a band to get away with something like this in the first place? If most bands disappeared for almost a decade with little more than three songs to tide fans over, I feel confident that the majority of fans would give up on them. If nothing else, the fanbase would diminish quite noticeably. Yet, in the case of Brand New, the rules, as they often appear not to, don’t seem to apply here.

Take, as another example, another well-known band of the early emo scene, acoustic outfit turned radio rock band Dashboard Confessional. I just saw Chris Carrabba’s band the other night in Charlotte, for what was actually the second time since last summer. The thing is, Dashboard’s last album was Alter the Ending, released in, you guessed it, 2009, the same year as the last Brand New album up until now. In his defense, Carrabba has been busy doing other things, including recording and releasing a new record with his old band, Further Seems Forever, in 2012, and doing some light touring on that album, but still, he was able to draw a pretty sizable crowd to come watch he and his band play music (along with openers The All-American Rejects, themselves still basically touring on a 5-year old album, save for a recently released 2-song EP, but let’s be honest, this band is still making a living off songs from 2005, but that’s another story). But Dashboard probably played more shows for this tour–in support of essentially nothing, mind you–than Brand New has in the last five years (just a conjecture), making the entire conundrum even more bizarre.

And yet here we are, finally staring a new Brand New album in the face. It’s one of those musical moments I honestly believed was going to happen. I was beginning to believe they were content to release a song or two a year until they finally called it quits for good (something the band seems to be threatening, if you believe the “2000-2018” t-shirts they released last summer or anything that Jesse Lacey says from stage). The band’s timeline, however, leads me to wonder why they’d even bother. Clearly, unlike most bands outside of the likes of stalwarts like U2, Radiohead, and others of their ilk, Brand New possesses staying power that I’m sure most recording artists would thrilled to have. In other words, I’m not sure why calling it quits is even a thing they’d ever need to do, if all they need to do is occasionally release new music and tour in short spurts to satiate fans.

Maybe the band is getting tired of the waiting, too. As artists, I can’t imagine it was easy to keep watching each year pass by without being able to satisfy not only themselves but their fans. My guess is that part of the delay had to do with Lacey and company not feeling they had something worth putting out; and that as months turned into years and those years almost became a decade, the pressure mounted even further. What’s worse than keeping fans waiting? Releasing something after all the waiting that ultimately disappoints.

Ultimately, that is the good news in all this: the record is pretty good. It’s a building, nuanced album in ways that Daisy, an album characterized by its noise and chaos, struggled to be, and even harkens back to the band’s 2003 breakout LP, Deja Entendu, in ways that will make longterm fans quite happy. The emotions are still high, but Lacey isn’t forced to scream over the wall of sound like he has been of late, as the band allows for the softer moments to shine, something they seemed afraid to do on Daisy. The middle section of the album, especially the one-two punch of “Same Logic/Teeth” and “137,” and moving through to “Out of Mana” and “In the Water,” are some of the band’s strongest work to date. Time will tell how well the record holds up against Deja or The Devil and God, generally considered the band’s best work, and at an hour in length, re-playability might be an issue for Science Fiction; but this is clearly a band that knows what it wanted to do and simply did it. The album is strange and thoughtful, exactly what you’d expect a Brand New record to be.

And if this is indeed the band’s swan song, at least we can be certain they went out on their terms. And that’s always better than fading away into nothing.