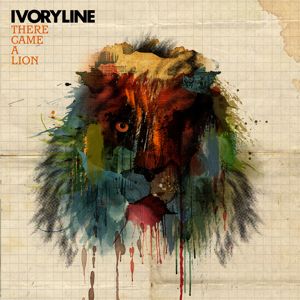 Yes, folks, I’m bringing the 10 Year Recall series back in 2018, this time with (hopefully) more consistency and thoughtful planning. The goal is to tackle the records in the month they were released back in 2008, usually as close to the actual release date as possible.

I’ll be honest, compared to 2007 and its relative bevy of quality/impactful releases, 2008 is a bit of a wasteland. Still, I managed to find several records to cover throughout the year, and it’s especially important to note that my opinions on the records/artists in question will likely have changed over time in a way things didn’t for many of the 2007 releases.

This year’s 10 Year Recall kicks off with the debut record from Tyler, TX rock band Ivoryline, who released There Came A Lion on February 5, 2008 via Tooth & Nail Records. At the time, I was a few years removed from college (I graduated in the summer of 2005), and still leaning heavily on T&N for my musical choices. I liked that they released artists who were thoughtful, challenging and, to be fully honest, mostly safe to listen to with anyone around in terms of content, all the while allowing me to expand my listening interests. In the case of Ivoryline, they fell under the category of bands I listened to automatically because of the record label their record was released through, although upon listening, I was immediately drawn to their high energy rock music, featuring soaring vocals from frontman Jeremy Gray, who also penned the lyrics to the songs.

There Came A Lion was a fun, upbeat album pretty much from beginning to end, save for a small drop in energy and tempo to start off album closer “The Last Words,” the song on the album that best expresses Gray’s ability to emote effectively and write about said emotions. The record isn’t clearly Christian, but the subtext of Gray’s lyrics certainly present a central message, with suggestions about God rather than direct references to His existence in the life of the band’s members. This allowed the band to straddle the CCM/secular music line, even though its connection to Tooth & Nail meant they were seen, first and foremost, for better or worse, as a Christian band. Anyone who knows anything about T&N’s roster, both past and present, knows this is a complicated notion, but Ivoryline fit into the band’s mid-2000’s mold quite well. It wasn’t a remarkably challenging or thought-provoking record, but Ivoryline write catchy, upbeat music, and Gray’s lyrics were sincere and delivered deftly, making it impossible not to like them.

Listening back to the record the other day for the first time in a long time, I discovered two things. First, I still remembered a lot of the lyrics, in spite the fact that my go-to Ivoryline album tends to be their sophomore (and final) record, 2010’s Vessels, which came out with little fanfare in the middle of the summer, just before the band disappeared, seemingly forever. Secondly, I was struck by how simple the songwriting was. Most of the songs followed the same formula: kick off with a few lines from the chorus or some instantly catchy repeated line or two, straight into verse one, chorus, verse two, chorus, bridge, chorus(es), sometimes wrapping up with those opening lines again to give the song a “full circle” feel. While this song structure is nice at times–it keeps the album at an even keel, making the listening experience all the easier–it becomes overly repetitive, making the album’s 11 song run feel longer than that. The main reprieve from the formula doesn’t come until the aforementioned final track, and by then the band has lost all chances to impress further.

Gray’s lyrics sometimes suffer from a similar repetition, as there are various times throughout the album where two lines in a row are just the same lyrics repeated back to back; again, as an every-so-often idea, this is fine, but as a lyrical motif, it starts to feel a little less creative than Gray might have had in him. On top of that, Gray didn’t take the time to explore the range of his vocals, leaving most of the song’s verses in one lower timbre and most of the choruses in a higher one (he explores more range on Vessels, but not to an extreme effect). In the end, There Came A Lion feels like one long song with some breaks in the music and lyrical content, but mostly hanging around in the same tempo, keys and patterns.

This isn’t to say that the album is completely worthless. Like I said, it’s a fun, upbeat and energetic record that, due to its repetition, doesn’t require a listener to pay a great deal of attention to follow along. It is music that is great for the right atmosphere, like an upbeat party or while exercising, but doesn’t ebb nor flow enough to capture your full focus. The good news is that not all music needs to do that; we shouldn’t have to think hard about everything we consume, and as far as pop music goes, I’d prefer Ivoryline to most of the garbage playing on the radio these days. There Came A Lion deserves to be recognized for all the things it is, and that’s why I can still revisit it all these years later. It’s a shame the band didn’t make it past their second album, because they could have become a great pop/rock band if pushed properly. It just didn’t work out exactly as it might have.