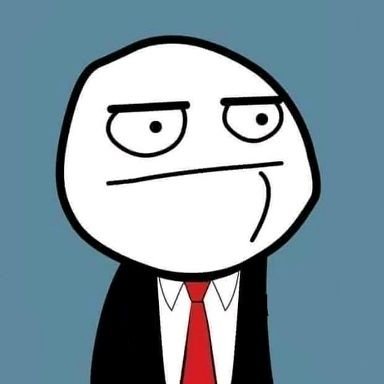 Last time out, I hopefully didn’t bore anyone with the trials and tribulations of buying our first home. That was early enough in the process where it didn’t seem like anything was happening. Here we are, nearly 10 days later, and I can safely say that my emotions are starting to look more like this guy:

I wish I could report good news, is what I mean, but unfortunately I’m left with not the worst possible thing, but very nearly that. I’ll summarize in bullet points because that feels appropriate.

And that, my friends, is where we stand. Nine days ago I was looking forward to a blog celebrating our new house, complete with a picture of E and I standing excitedly in the threshold of our new front door. I’ve been to our new house a few times in those nine days, and each time I feel more and more dejected, because increasingly it’s starting to look like either a) nothing is ever going to get done, ever or b) if something does get done,  we’re going to have to get it done ourselves. I’m not sure legally what our options are, but I do know that legality aside, this entire ordeal has proved a reminder of how unethical people can be when it benefits them. It’s been suggested to me several times that since the unit next door has been empty for so long, the insurance policy may have lapsed or it needed to be changed and never was, meaning the main reason for the hardball is directly related to the fact that the owner of that house would have to pay, not his/her (maybe) non-existent insurance.

I’ll allow Mr. Neil Patrick Harris to express the emotion for me:

I’ve been disappointed in my life, many times, but this–and maybe it’s just recency bias–feels like the worst time of all. And that’s with all the other disappointing things that have already fallen upon me this year. This one is different, I suspect, because it’s not as if I can shrug it off and tell myself “there’s always next time;” this house is ours now, and this damage has to be undone no matter what. It just sucks that I might literally have to pay for something I didn’t do. All I’m asking for is a little human decency, for understanding; while I recognize that the owner of this other house didn’t do anything wrong on purpose to cause the leak, she/he is now exacerbating the issue and purposefully skirting responsibility. The stacking of a conscious decision on top of an accidental occurrence makes everything worse.

And yet we’re forced to press on. We’re out of our apartment at the end of the month, which still needs to be cleaned out and scrubbed down before then, meaning we have to clear out according to our pre-water damage plan. And so we’re taking our stuff over to the new house and putting what we can upstairs, hoping we’ll start to see a slither of light leading to resolution in the coming days. It likely means, barring a miracle and the fastest insurance claim/restoration work in recorded history, that we’ll be crashing somewhere else for a while until the house is move-in ready.

Still there’s a strange sense of calm amidst the storm. Maybe it’s because I don’t have a person at which to direct my rage, or maybe I’m actually learning to trust that everything is going to be okay even when it seems like it’s not; either way, I feel okay. The move on Saturday might be good, allow me to flex muscles and wear myself down physically to match the mental exhaustion that has been this nine-day stretch. We’re going to get where we intended to be, I have to keep reminding myself. Even if the path is proving to be a lot more complicated than expected.

One thought on “The “adventure” continues…”