As the end of the year (and decade) slowly approaches, I’m getting concerned I won’t be able to finish this. But my goal remains to get to 2019, even if these become daily updates between now and Christmas.

To be sure, the movie version of a teen novel about a zombie who seems to be reversing his un-deadness doesn’t sound like fodder for a movie I’d like, but somehow Warm Bodies feels lived in and intentional in its setup, to the point where it was both funny and heartwarming, neither of which you’d expect from a movie of its kind.

It’s ultimately a love story between Nicholas Hoult’s zombie R and Teresa Palmer’s zombie-friendly Julie, the latter of whom saves the former when she’s attacked. It wears its Shakespearean influences on its sleeves (instead of Montagues and Capulets, it’s zombies and non-zombies), but it also moves at a great pace and packs in the humor, too.

While not conventionally great cinema, it does stand up as one of the more entertaining films of its year.

Much Ado About Nothing

Seeking a break from the gargantuan nature of filming his Marvel movie, director Joss Whedon decided to follow up his massive hit with a much smaller idea: a modern day retelling of a Shakespeare play.

Whedon’s movie essentially places the play in one location — the director’s own home, in reality — and casts his friends to play the roles. What you end up with is kind of like the types of movies kids might have made in their backyard, except much more expertly made and acted.

Shot is gorgeous black-and-white, Whedon’s film feels like the director is finally able to exhale after all the work he did on The Avengers, and while almost nobody saw the movie (it took in a whopping $171,942 on its opening weekend, barely eclipsing $5 million worldwide in box office), it feels light, breezy, and infinitely watchable.

The Way, Way Back

Speaking of delightful films with loads of heart, I give you The Way, Way Back, a film that successfully turns Steve Carrell into a grade-A douche.

The story centers on Duncan, a young boy whose mother, played by Toni Collette, is dating Trent, played Carrell, but doesn’t really recognize what an awful guy he is. They go on vacation to Trent’s beach house, a place Duncan does not want to be, since he knows nobody and isn’t the type of kid who puts himself out there.

Eventually he starts working at a beat up waterpark alongside its manager, played with his usual gusto by Sam Rockwell, and meets the quirky staff there. Rockwell serves as the catalyst for Duncan’s coming-of-age during the summer, and pushes him to talk to the Susanna, the girl who lives next door.

It’s not treading any new territory, but the film, written and directed by Nat Faxon and Jim Rash (the Dean from Community), is both sweet and intimate at all the right times.

Not including this film, which features the song that my wife walked down the aisle to at our wedding on its soundtrack, would be a travesty.

On the surface, the plot of the movie is a little ridiculous. Domhnall Gleason’s Tim is told by his father, played by Bill Nighy with his trademark goofy earnestness, that the men in their family have a special ability: they can travel back in time to change the outcome of events.

The movie never gives the audience any sense of how silly this is, but instead treats the news as fairly commonplace. Tim, who at the time he receives the news is still relatively young, at first uses the ability for his own gain. He messes up a conversation with a girl he likes, so he goes back to retry, things like this.

Then he meets Mary, played by Rachel McAdams in maybe her best role, and while some of the initial usage of the skill continue at first, it soon turns into an opportunity to save his relationship, eventual marriage, and all the things that are related to them.

The underlying message, however, steers away from the science-fiction of it all. Instead, the reminder is that time, no matter if you can manipulate it or not, catches up to us all.

It’s our job to take advantage of what time we do have. 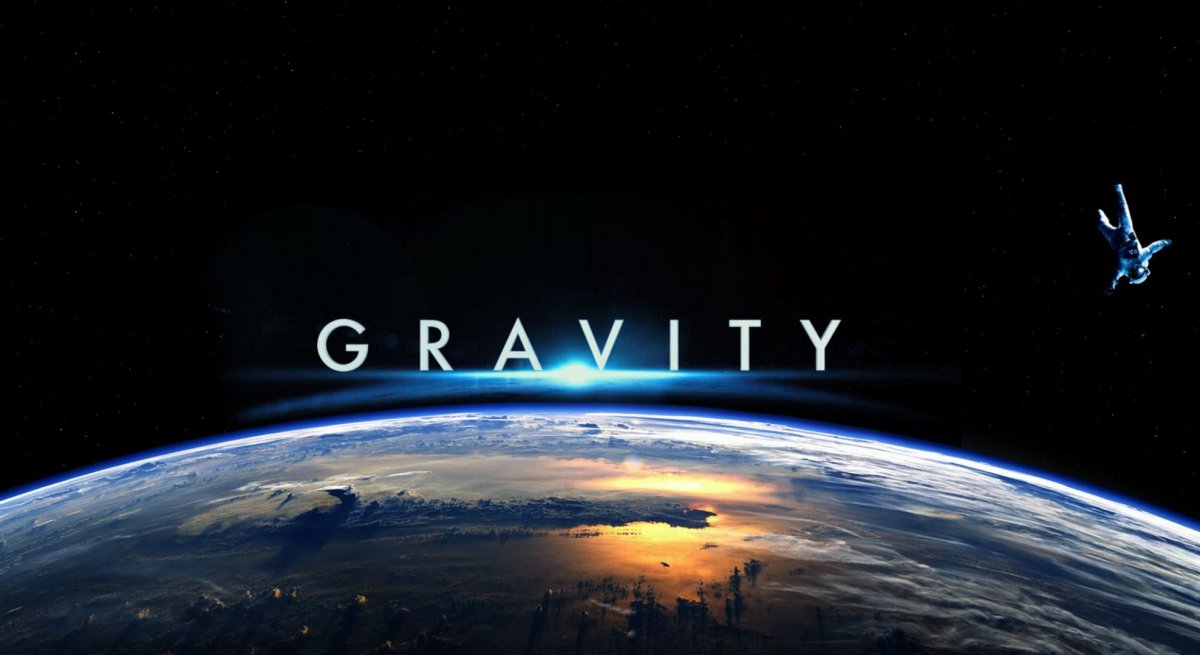 The story of Gravity, Alfonso Cuaron’s space masterpiece from this year, isn’t much to discuss. Sandra Bullock is out in space with George Clooney — it’s her first mission and supposed to be his last — when something goes wrong. They have to make their way to an escape capsule or else they will die.

And yet the film, in spite it’s simple plot, is a massive achievement in terms of its scope, its visuals, and for a performance by Bullock that far outdoes that role that won her an Oscar for The Blindside.

And that is what makes the film so great. Not because the film is “about something” or is “important;” but because of what it achieves as a technical and visual marvel. It won 7 Oscars (cinematography, directing, editing, original score, sound editing, sound mixing, and visual effects), was nominated for three more (picture, actress, production design), and yet somehow still feels under appreciated.

I honestly haven’t seen the film since I saw it on IMAX when it came out, mostly because there’s no way to reach the massive heights of the visual sensation of having seen it that first time.

I should end that streak. It’s really a great film no matter what it’s seen on.

Many people refer to Inside Llewyn Davis as so-called “lesser Coens.”

I think those people are wrong, and I think that distinction is stupid.

Sure, like most directors the Coen Brothers have films that work better than others, they have some films that are more “important” or well received than others. But why this film, about a down-on-his-luck folk singer during the 1960’s starring Oscar Isaac in an utterly fantastic, welcome to stardom performance, is among those considered in that group, I’ll never know.

It’s a smaller film in many ways, of that much I’m certain, but the magnitude of the performances and the care with which it is made suggest the this movie should be better regarded, not just shuffled into the “lesser Coens” category as if it should be happy to be invited.

I prefer the intimacy of this film than something like The Big Lebowski (yeah, I said it) or Hail, Caesar! To me, this isn’t just “major Coens,” it might be “best Coens,” save maybe for No Country For Old Men, Fargo, or O Brother Where Art Thou?

To call Spike Jonze one of our more interesting living filmmakers would seem to be a slight understatement. He’s made some bizarre films — Adaptation and his version of Where the Wild Things Are — and scores of music videos for artists like Kanye West, The Arcade Fire, and Lady Gaga, which seem to be his main focus these days.

But Her, a strange love story starring Joaquin Phoenix as Theodore, a man living in the near future who is riddled by anguish over having lost the love of his life, played by Rooney Mara, mostly in flashback.

He purchases an AI helper, voiced by Scarlett Johansson, and as they learn about each other, Theodore falls in love for her, although the complications of the relationship are one of the many questions the film asks.

Ultimately, Jonze’s film is about loneliness and the lengths to which we will go to combat it, especially in our technologically driven society, ideas that feel more prescient than they even did back in 2013.

Phoenix, who is receiving acclaim in 2019 for his role in Joker, is much different here than in that role, but his muted uncertainty is what drives the film, and his sadness gives the film its emotional weight. It’s to his, and Jonze’s, great credit that this film, with his somewhat strange narrative, works at all; but it does, and it’s one of the best and most intriguing films of 2013.